The Belgium Federal Parliament in Brussels Belgium operates out of an attractive building at the north end of Brussels Park (Parc de Bruxelles).

The parliamentary system consists of the Chamber of Representatives and the Belgian Senate. 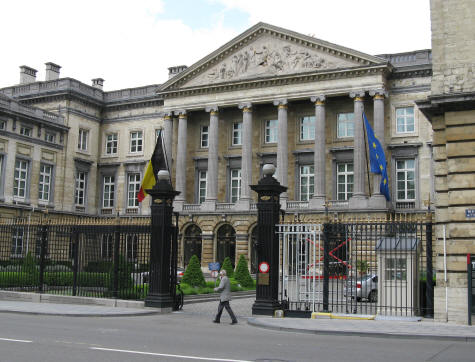 The parliament building is called the Palais de la Nation (National Palace) and the Paleis der Natie (in Flemish).